What's is ghosting in the recruitment world?

1. the appearance of a ghost or secondary image on a television or other display screen.

“the display is sharper and less prone to ghosting”

2. the practice of ending a personal relationship with someone by suddenly and without explanation withdrawing from all communication.

Ok, some calls are hard to make – but they need to be made, and ghosting someone is absolutely not the way to go about things in a professional and courteous manner.

If you’re a candidate and for whatever reason, you want to withdraw from the process, let the recruiter know – it won’t be the first time they’ve had someone withdraw from a process and it’s far better to leave the professional relationship on good terms than just deciding to not pick up the phone.

Similarly, for businesses, it’s better from a reputational perspective to let the unsuccessful organisation know, and be honest about the reasons they’ve been unsuccessful so they can learn for their next pitch.

And…recruiters… Our industry can have a bad name for ghosting, so don’t perpetuate that reputation by not calling unsuccessful candidates and giving them constructive feedback.

Reputationally it’s crucial – recruitment is a relationship-driven business, ghosting someone – and leaving them without constructive feedback is unprofessional.

So, whatever your role, be courteous, be constructive, make the call…and never ghost. 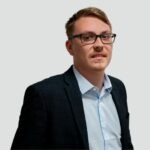