New data shows that competition for scarce workers pushed up rates of starting pay for both permanent and temporary staff again, with the respective rates of inflation among the quickest on record.

Recruitment consultancies registered further substantial increases in both permanent placements and temporary billings at the end of 2021 amid reports of robust demand for staff and greater client requirements. Permanent placement growth continued to outpace the upturn seen for temp billings.

December survey data signalled a further easing in the rate of total vacancy growth across the UK. The latest increase in demand for staff was the softest seen since April, albeit rapid overall. Softer increases in vacancies were signalled for both permanent and temporary roles.

The supply of overall candidates continued to fall sharply during December, but the rate of deterioration eased for the fourth month running. Notably, the latest drop in candidate supply was the least severe since April. Nonetheless, recruiters noted that uncertainty around the pandemic and the economic outlook, a generally low unemployment rate and fewer foreign workers had weighed on candidate numbers.

Shortages continue to push up rates of starting pay

Starting salaries for permanent workers and temp hourly pay continued to rise rapidly in December, with the respective rates of inflation holding close to record-highs. Panellists frequently mentioned that starting salaries and wages had risen as demand for staff continued to outstrip supply.

Permanent staff appointments increased across all four monitored English regions in December, with the North of England registering the fastest upturn.

Regional data highlighted that the upturn in temp billings was broad-based across all four monitored English regions. The quickest expansion was seen in London, while the softest was in the Midlands.

Neil Carberry, chief executive of the REC, said: “2022 will be the year we discover staff shortages will outlive the pandemic as an economic issue. This survey shows again how tight the labour market was at the end of last year.

“Demand for staff is growing across every sector and region of the UK, and candidate availability is still falling. These trends have been slowing for the past few months, but that is not surprising considering the record pace of change earlier in the autumn of 2021.”

Claire Warnes, head of education, skills and productivity at KPMG UK, said: “The UK jobs market rocketed to near historic levels as New Year approached. That’s despite it losing a little fizz with the pace of accelerating demand for staff, wage and salary growth and vacancies all easing slightly.

“Employers in all sectors haven’t lost their appetite to hire, but many will be frustrated by the pressure these inflationary and competitive conditions, which are likely to continue for some time, are putting on their operating costs and ability to expand.”

Rupert Gaster, Founder and MD of procurement recruitment agency Procurement Heads, added, “Across all of our private sector practices – industrial, pharmaceutical & life sciences, consumer and financial & professional services – we have seen significant increases in procurement salaries and the benefits packages on offer.

“Supply and demand undoubtedly play their part in this, but we have also seen organisations fighting hard to retain their best procurement people through highly competitive counteroffers.

“On the interim procurement and supply chain market, daily rates had been suppressed for circa 2 years, however, this seems to be levelling off now.”

“We’re also seeing significant demand across the Public Sector, with the end of 2021 particularly buoyant in this space.” 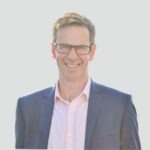 FIND OUT MORE ABOUT
Rupert Gaster