Business continuity is at risk in 2022 as contractors become increasingly unwilling to take inside IR35 roles.

That is according to the latest research from the insurance broker and IR35 consultancy, Kingsbridge.

In its survey of 1,600 independent professionals, the consultancy found that 21% of contractors who received an inside status determination since off-payroll working rules were extended into the private sector in April 2021 left to find an outside role.

Furthermore, 60% of survey respondents indicated that they plan to seek outside IR35 roles in the coming months.

This suggests that organisations that have imposed blanket bans on PSC contractors will soon find themselves scrambling for talent.

David Hazeldine, who leads the interim procurement and supply chain recruitment side of Procurement Heads, said, “We’ve seen exactly the same response, which has increased over the last three to six months.

“We have partnered with a number of clients who are finding it increasingly difficult to attract the right calibre of talent for either project-based roles or strategic projects because most experienced interims have built their careers undertaking roles of this nature prior to the implementation of the IR35 legislation.”

In addition, over 40% of respondents who have been determined inside have increased their day rate by at least 10%, further indicating that forcing genuine contractors to work on a payroll could be an expensive move with little reward.

Andy Robinson, Commercial Director at Kingsbridge, said, “Many businesses continue to enforce PSC contractor bans, with the vast majority pushing contractors onto the payroll or via an umbrella company.

“This is a result of pressure felt by businesses and nervousness around abiding by the rules. However, this is a short-sighted and potentially self-defeating strategy that risks warding off the best talent.

“Not only has this approach resulted in businesses becoming far less agile but it has also been reported that the reforms likely contributed to economic disturbances such as the HGV crisis.

“We all know that finding and engaging with a contingent workforce is challenging and struggling to find the best people and stay ahead of the competition is not easy. For businesses struggling to find talent, one of the best pieces of advice would be to look at improving your IR35 processes.

“Contractors operate through a PSC because they genuinely intend to be engaged as a business. Failure to accept this will be disadvantageous for any end-hirer seeking to engage the best talent out there. Simply put – blanket ‘No PSC’ policies or lack of IR35 process will only hinder access to talent and will no doubt result in significant project delays or cancellations.

“While many businesses continue to push contractors on to the payroll irrespective of their IR35 status, there are a number of end-hirers that are managing IR35 in a compliant and pragmatic manner and continue to engage genuine contractors outside IR35. We must remember that before the reforms, the majority of contractors were compliantly working outside of IR35. Indeed, of all the contractors that we have assessed here at Kingsbridge, most continue to be determined as outside IR35.

“Encouragingly, we are already seeing reports of U-turns and reversals of contractor bans, just like we did when the changes were introduced into the public sector back in 2017. For this reason, we remain optimistic that those organisations that took a blanket approach to the reforms will start to rethink their processes in 2022 to attract the talent they need and gain a significant competitive advantage in a post-pandemic landscape – one where flexible workers are set to play an even greater role in the UK economy.” 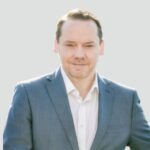