Procurement, or purchasing as it was historically known came into existence in the late 1890’s where it was seen predominantly as a clerical, back office function. Over the course of the next Century things changed significantly with events such as the two World Wars, the 1970’s oil embargo and the advent of just-in-time purchasing  all helping to move things into the strategic arena.

Today, Procurement has more than proved its worth, not just as a strategic business enabler but as a major function that has the ability to bring huge value to an organisation. Yet this could be seen as a mere stepping stone if we consider the future and what is likely to affect the sector over the next two decades.

David Noble, Chief Executive of CIPS has made several predictions for Procurement over the course of the next twenty years, much of which he attributes to the global shift in power taking place from the West to the East. The rising strength of the eastern market means that securing supply in and out of places like China and India will become a top business requirement. Noble predicts that this will have a significant impact on recruitment and talent management as organisations develop a need for global sourcing professionals, managers who can control a large network of international suppliers and leaders who can manage internationally based, diverse teams.

When Business Leaders go to market to recruit this talent they will be looking for the best and the brightest in the field; respected, influential experts with the ability to work collaboratively and strategically within the global market arena. They will want to see a high level of analytical and technical expertise coupled with softer skills in communication and negotiation, the combination of which will enable them to build strong global supply networks whilst accurately using technology to predict movements in the sizeable and unfamiliar markets they are operating in.

To find people with such a unique combination of skills and expertise will mean procurement has to position itself as a profession of choice, engaging graduates who may otherwise have followed more traditional professions such as finance or law and enticing experienced professionals by offering competitive reward packages, further training and career development opportunities.

Noble believes that licensing the profession is part of the answer as it would help give procurement ‘stature and influence through regulation and license.’ What is certain is that inertia would be fatal – it’s no coincidence that 30,000 Chinese students were taking CIPS qualifications in 2014 – the sector is being pushed forward on a global tidal wave and if the UK is to stay on-top we need to invest in our talent at every level. 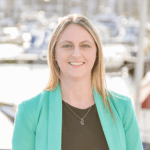