Commenting on the results of the National Audit Office’s (NAO) investigation into the implementation of IR35 tax rules, Tania Bowers, Global Public Policy Director at APSCo commented, “It is encouraging to see that the independent public spending watchdog’s report revealed issues that APSCo has raised since the rollout of IR35.

“We were disappointed to see the suggestion from HMRC’s own review into the long-term effects of Off-Payroll rules that the impact was ‘minimal’, as this doesn’t correlate with what we’re seeing through our members and in our collaboration with the IR35 Forum.

“We agree with the sentiment from the NAO that the reforms had been rushed, which has led to a number of issues since its implementation. APSCo, along with a number of other stakeholders, has been vocal on the limitations of the reforms. In particular, Off-Payroll is in breach of HMRC’s duty to tax fairly, which is particularly evidenced in the fact that NAO’s investigation suggests more tax is being collected than is due.

“While the contractor is being offered overpayment relief, no relief is available to the Deemed Employer.

“These concerns have been further ratified in a Letter of Findings from the House of Lords on the Finance Bill Sub-Committee in which the point was made that it is unfair for individuals to be taxed as employees without access to the rights associated with this employment. We agree that consistency is needed to balance the consideration of both tax and employment rights.

“We also welcome the suggestion from the House of Lords that CEST needs to be overhauled in conjunction with the IR35 Forum to ensure it is fit for purpose. It’s our view that an overhaul of employment status law in tax and rights is essential and that it needs to be fit for a 21st-century labour market.”

Jack Birch, Senior Manager on the interim recruitment side of Procurement Heads, said, “What we are seeing in the interim market absolutely echoes what Tania has said and, in my opinion, the suggestion from HMRC’s review that the IR35 impact has been ‘minimal’ is certainly not a viewpoint that would prove popular with the UK contractor base!

“I believe there is plenty of room for improvement in the way the reforms are implemented and managed. We see a real variety of approaches by businesses to IR35 and I’d say that a lack of clarity and nervousness around the new rules has had a big bearing on this. There is ever increasing demand for skilled contingent labour, interim management and consultancy-type work.

“Anything which can help improve the processes around IR35 should benefit contractors, businesses and therefore the UK business and economic landscape on a macro scale.” 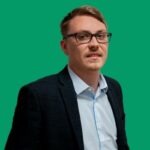